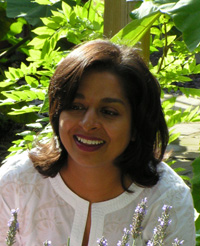 Hi, I’m Sunita. I am an experienced, and  qualified homeopath practising and teaching in London. I studied homeopathy at the London College of Classical Homeopathy for four years, three of which were full time, and graduated in 1996 with a Licentiate in Homeopathy.
I have been practising homeopathy professionally since 1996.. In my practice I see a wide range of patients including newborn babies, children, pregnant mothers, fathers, business men and women, the elderly etc., and often treat whole families. I am particularly interested in helping people suffering with anxiety and struggling with the menopause.
In addition to my practice I teach many short courses such as: An Introduction to Homeopathy, Homeopathy for Childbirth, Homeopathy for Emotional Stresses and An Introduction to Bach Flowers etc..
I am also a mother with a family whose healthcare is almost exclusively provided by homeopathy.

How I found Homeopathy

I turned to Homeopathy in the early 90’s when the only solution my doctor could give me, for my painful and irregular periods, was to go on the Pill.  I found this hard to accept and began to seek alternatives.  Homeopathy came to me at just about the same time, by way of an article in a magazine.  The article described how the author had used homeopathy to cure her of symptoms, which mirrored my own. I was an IT analyst at the time,  and my way of thinking was very analytical and scientific, but I decided to shelve my scepticism and see a homeopath.  The session opened my eyes to the concept that my physical symptoms were so intrinsically linked to my emotional and mental state, that treating one, without considering the others would be wrong and ineffectual. It would be like wallpapering over a damp area of wall to hide it, rather than finding out where the water was coming from.  Eventually the water would seep through again.  It made perfect sense, even to my analytical mind! The homeopathic sessions and treatment gave me a sense of well-being and helped me to unblock many past hurts and negative beliefs, which in turn released many of my physical symptoms and gave me the courage and confidence to change career.  At that time, my homeopath was running an introductory First Aid course on homeopathy, which I attended.  I became hooked, and decided to train as a homeopath. After four years at college and lots of hard work, I qualified as a homeopath in 1996 and started my own practice.
Homeopathy is not just about treating the odd cold , but about understanding yourself at a deeper level and being able to release blocked areas such as unresolved grief, negative beliefs, resentment etc., which hold you back from finding and reaching your true potential.
Over 20 years years down the line, in practice, it gives me huge satisfaction to see many of my clients, children and adults alike, finding their way to fulfilling their true potential, and releasing many of their physical, mental and emotional symptoms along the way.   By running courses in Homeopathy, I hope to inspire others in the way that I was and still am, and give people enough information to empower them to use homeopathy at home. I’m still learning all the time, which allows me to add new dimensions to my practice constantly, keeping it fresh and new.

We use cookies on our website to give you the most relevant experience by remembering your preferences and repeat visits. By clicking “Accept All”, you consent to the use of ALL the cookies. However, you may visit "Cookie Settings" to provide a controlled consent.
Cookie SettingsAccept All
Manage consent

This website uses cookies to improve your experience while you navigate through the website. Out of these, the cookies that are categorized as necessary are stored on your browser as they are essential for the working of basic functionalities of the website. We also use third-party cookies that help us analyze and understand how you use this website. These cookies will be stored in your browser only with your consent. You also have the option to opt-out of these cookies. But opting out of some of these cookies may affect your browsing experience.
Necessary Always Enabled
Necessary cookies are absolutely essential for the website to function properly. These cookies ensure basic functionalities and security features of the website, anonymously.
Functional
Functional cookies help to perform certain functionalities like sharing the content of the website on social media platforms, collect feedbacks, and other third-party features.
Performance
Performance cookies are used to understand and analyze the key performance indexes of the website which helps in delivering a better user experience for the visitors.
Analytics
Analytical cookies are used to understand how visitors interact with the website. These cookies help provide information on metrics the number of visitors, bounce rate, traffic source, etc.
Advertisement
Advertisement cookies are used to provide visitors with relevant ads and marketing campaigns. These cookies track visitors across websites and collect information to provide customized ads.
Others
Other uncategorized cookies are those that are being analyzed and have not been classified into a category as yet.
SAVE & ACCEPT